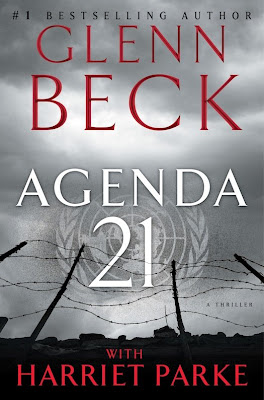 This takes vanity publishing, and the concept of ghostwriting, to a whole new level… maybe Donald Trump will buy Ayn Rand's next book.

"Two weeks ago I discovered, to my surprise, that I had line-edited an early draft of Glenn Beck’s new novel, Agenda 21. Glenn Beck! At the time I was working on it, the manuscript belonged to its actual author, a woman named Harriet Parke, who lives a few minutes from my aunt. But a year and a few lawyers later, Glenn Beck purchased the right to call himself its creator, and Ms. Parke agreed to be presented as a ghostwriter.
I would be proud to have my name in the acknowledgments of Ms. Parke’s novel. But given that it is printed inside a book bearing Glenn Beck’s name, the work I did is now deeply at odds with who I am as an editor. iAgenda 21 [went] out into the world on Tuesday, Nov. 20, [2012] as something decidedly different from the novel I edited. Yes, the story is the same. So are the concepts, the characters and the writing. But the name in the byline — that changes the book’s intent. It changes everything."
— Sarah Cypher, Salon
Read more…
Posted by Elora Writers Festival at 11:59 AM