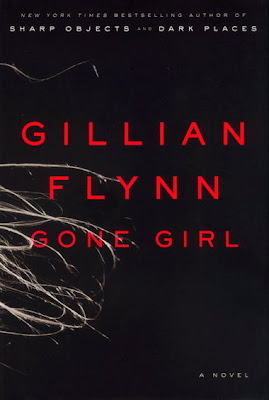 "The five finalists for the 2012 National Book Award for fiction make for an exemplary shortlist — and I say that even though none of them is likely to end up on my own best-of list at the end of the year. [...]
What you won’t find, however, is the book that many, many literary fiction buffs read and loved in the past six months: Gillian Flynn’s best-selling crime novel, Gone Girl. Flynn’s book is inventive, shrewd, mercilessly observant and stylishly written — qualities that are very welcome and likely to be celebrated in a literary novel. Her theme, the dissolution of a marriage in recession-era America, is substantive. Her technique (which, at the risk of spoilage, I’ll vaguely refer to as unreliable narration) is sophisticated. But let’s face it: Gone Girl is still considered a crime novel, and the likelihood of any work of genre fiction being seriously considered for a major literary prize still seems as far-fetched in 2012 as the election of a black president looked to be in the 20th century."
— Laura Miller, Salon
Read more...

“'This is the hardest part,' confides one of the untrustworthy narrators in Gone Girl [...] 'waiting for stupid people to figure things out.' There’s no need to rub it in, because Gillian Flynn’s latest novel of psychological suspense will confound anyone trying to keep up with her quicksilver mind and diabolical rules of play. Not that there’s anything underhanded about her intentions: she promises to deliver an account of the troubled marriage of Nick and Amy Dunne, who alternate as narrators, and so she does. The trickery is in the devilish way she tells their story."
—Marilyn Stasio, The New York Times
Read more...